Hello, ALCI Ireland | Association of Lactation Consultants in Ireland has detected that you are using an outdated version of Internet Explorer. If possible we strongly urge you to update your browser or switch over to Chrome or Firefox so you can enjoy the full user experience of our website and avail of all the features!
Close This Message'
Home // News // Making Breastfeeding Work: Support is Key

Breastfeeding is the physiologically normal way to feed a baby. It’s natural, it’s how babies expect to be fed, and women have been doing it for millennia, but that doesn’t mean it’s always easy. Like lots of things in life that are worth doing, sometimes it’s hard and sometimes it’s a skill that must be learned over a period of weeks and months. The one thing that is usually vital for making breastfeeding work is the support of partners, family, medical professionals, community, media, government, voluntary supporters,  and sometimes skilled support from IBCLCs (International Board Certified Lactation Consultants) working within the HSE and/or in private practice. 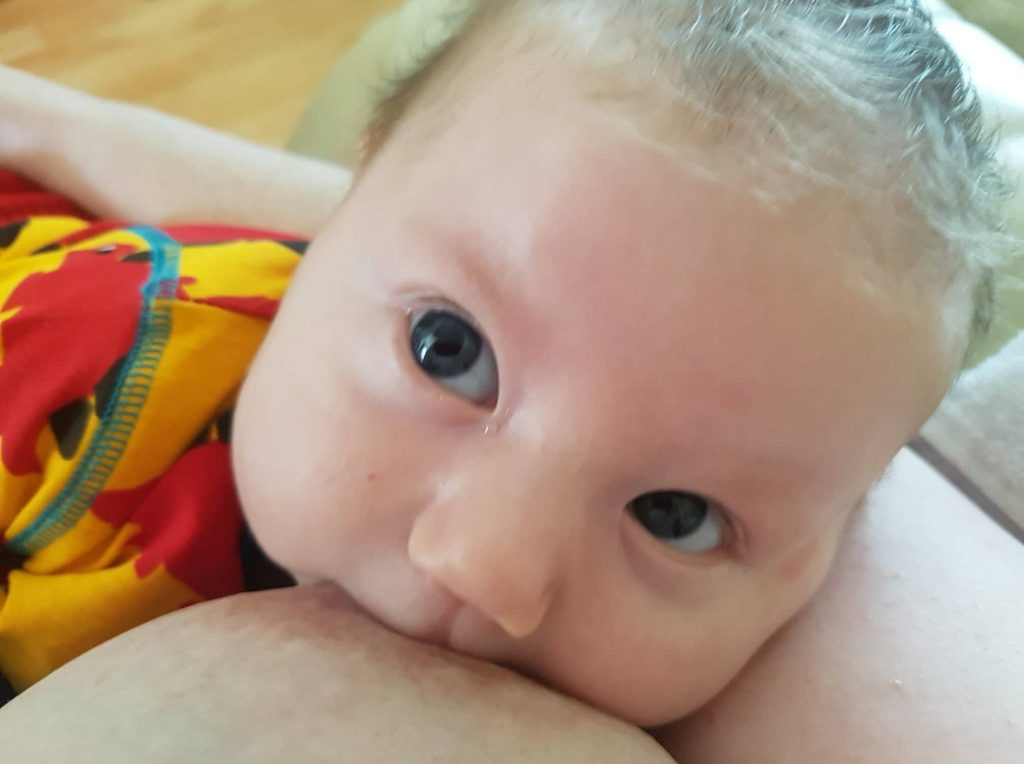 According to Iactation consultant Margaret Hynes, IBCLC, the big fall off in breastfeeding rates between hospital discharge and 6 months is because women aren’t prepared enough for the reality of being a new mother and learning how to breastfeed, a new skill that many may not have grown up with in their families and communities. Hynes says “Parenting is time consuming and demanding. It makes it so much easier if parents have the correct support. I think seeking the best support before giving birth and education about the common realities of breastfeeding helps women succeed in their breastfeeding goals. My advice to women planning to breastfeed would be to attend a breastfeeding preparation workshop.” When Margaret worked at UMHL (University Maternity Hospital Limerick), she did an audit of mothers attending the hospital breastfeeding preparation workshop and found that women attending were 4 times more likely to be breastfeeding at 3 months than women who didn’t attend.

Limerick mum Freda Mac Seoin breastfed her first baby, born 9 years ago, for just over 4 months but regrets not feeding him for longer due to a lack of support and information. So when she had her second baby in 2017 she started going to the Friends of Breastfeeding (FoBF) support group in Drombanna when he was one week old.  She says “The advice, knowledge and support I got from this group led me to continue feeding through pregnancy and feeding my now 7 week old and 2 year old. This is something I would never have dreamed of before attending this group. It was the mothers attending the group that were breastfeeding toddlers and tandem-feeding that normalized it for me. Knowing you had somewhere to go to be around other mamas in the same boat as you, that was a great help when I was struggling at times. Also, the chocolate biscuit cake made by one of the volunteers at the group has healing properties!”

The HSE also offers an “Ask the Expert” service, where parents can email or live chat with an IBCLC.  This is a free service and can be accessed at https://www2.hse.ie/services/ask-our-breastfeeding-expert/.

Another very popular breastfeeding support group in Limerick is the weekly group at UMHL. Breastfeeding mum Stacey Mesces says “I went to the  group when my baby was 4 weeks old as I had lots of pain in one of my nipples when feeding. I was so well looked after in there and got some amazing advice. I ended up breastfeeding my baby for 22 months. I definitely needed the support, advice and reassurance at that time and was delighted with the service. It’s absolutely invaluable for breastfeeding mums.”

With support from hospital staff, family and voluntary groups, most mums are able to get breastfeeding established. However, some will need a little bit more help and may choose to engage the services of a lactation consultant working in private practice. Johanna Riley Cusack, IBCLC began supporting mums as a La Leche League Leader in 1999, and has been in private practice in the Limerick area since 2014. She says, “If there were a “Top 3” tips I would give, they would be:

The Association of Lactation Consultants of Ireland website www.alcireland.ie provides a full listing of lactation consultants working in private practice.

Evita English is a Limerick mum of five.

“My eldest son Michael was born at 36 weeks and as a young mother I was determined to breastfeed my baby.  However, I found it was a little trickier than I expected.  Michael spent some time in the Neonatal Unit where I was lucky enough to receive the support from the hospital lactation consultants.  I was pumping for him while he was in the Neonatal unit and two days before he came home, with the help of the team, I was able to latch him on and we had a wonderful breastfeeding journey.

When I had my twins seven years later at 35 weeks they were brought to the Neonatal Unit.  I started pumping immediately for them as they were so tiny.  My little girl Lillianna came home from the hospital after 4 weeks on expressed milk while her brother Martin needed a little longer in the Unit as he was slower to feed.  Again, with the help of a lactation consultant, I was able to latch him on and he just thrived feed by feed.  He came home a few days later and we never had any problems with feeding.  I continued to feed the twins for 2 years.

My fourth child was born at 37 weeks by emergency c-section.  I pumped for him immediately and as soon as he was off the Cpap, I was able to latch him on and we had the most amazing breastfeeding journey of just over 3 years.

When I gave birth to my fifth child Denis I just assumed that I would just latch him on and everything would be fine. But it was quite a challenging journey as Denis had a tongue tie. However, thanks to having the tongue tie released, support from the hospital staff, support from Cuidiu and help from a lactation consultant in private practice who visited me at home, I am still feeding Denis who is now 2 years and 5 months old and is such a happy, healthy confident little chap.

The lactation consultant who came to my home was like an angel sent from above.  She showed me the best way to latch my baby and I fed him pain free for the first time.  It was wonderful.  Having her come to me was easily the best decision I made as it was the right help at the right time.

Looking back at my breastfeeding journeys each one was so different and the last was the most challenging.  I have met the most amazing friends through my breastfeeding journeys and I ended up training as a Cuidiu breastfeeding counsellor myself.  Without the help I received in the first few weeks from the Breastfeeding clinic and the Lactation Consultants in the hospital that helped me in the neonatal unit I would not have gotten out the door!  Help and support is needed from day one and I am lucky enough to have been fully supported in University Hospital Limerick.”