Hello, ALCI Ireland | Association of Lactation Consultants in Ireland has detected that you are using an outdated version of Internet Explorer. If possible we strongly urge you to update your browser or switch over to Chrome or Firefox so you can enjoy the full user experience of our website and avail of all the features!
Close This Message'
Home // News // ‘LGBTQ+ and You’- Write up of LCinPP Talk by Stephanie Wagner

‘LGBTQ+ and You’- Write up of LCinPP Talk by Stephanie Wagner

‘LGBTQ+ and You – Dispelling Myths, Understanding Terms and Sharing Cases to Create an Inclusive Environment for ALL Families to Optimise out Care!’

Write up by Caoimhe Whelan, IBCLC and ALCI Council Member 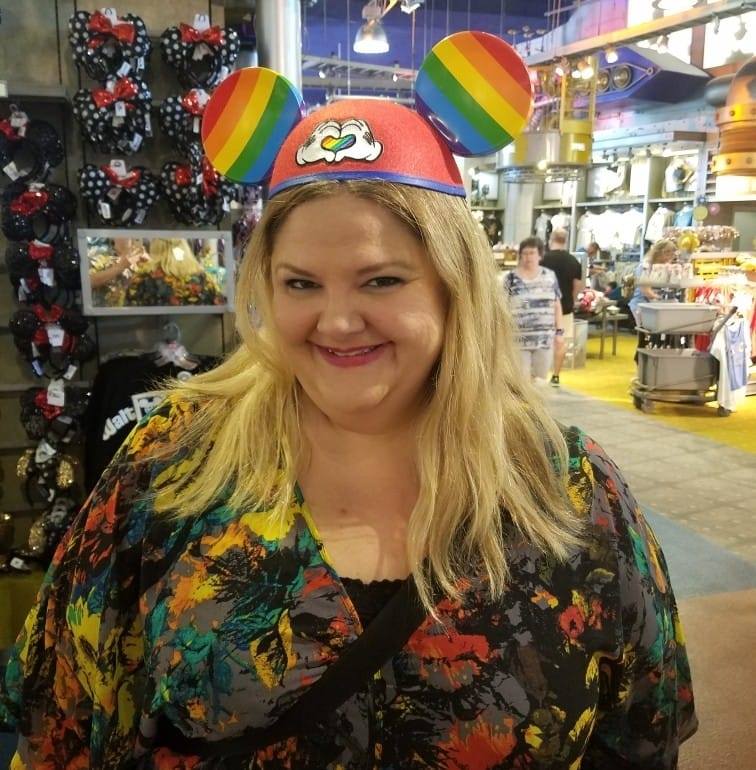 This was one of my favourite talks of the 2019 LCinPP conference. I had expected that I would enjoy it as I met Stephanie at LCinPP last year, and she is an all-round wonderful person. But I hadn’t expected that I would learn so much, or that the talk would make me contemplate some of my own biases and prejudices (which I have to admit, I wasn’t aware I had). It made me consider the importance of language in regard to gender and identity in a new way, and how I might make some changes in the words I use and the assumptions I am inclined to make about people, particularly in regard to parenting and infant feeding.

Stephanie lives in Harlem, New York, and works part-time as a nurse and in private practice as a lactation consultant. She is a lesbian and a cis-gender female, and many of her clients come from the LGBTQ+ community. Stephanie spoke to us about how language is constantly changing to match society’s need and evolution, and she gave us an overview of many of the new terms that have evolved over the last decade to describe gender identity and sexual orientation.

Gender identity is one’s concept of being male or female, or neither (gender fluid or nonbinary). Our culture conditions us to think only in terms of male or female, but the reality is that some people do not identify as either. And we cannot assume that just because someone appears to be male or female, that that is how they identify. Some of the terms relating to gender identity that Stephanie explained to us were

For many of us, these terms are confusing. But Stephanie reassured us that it’s ok to be confused! What matters is being open to learning and being prepared to just ask if we are not sure how an individual identifies or likes to be addressed. See each person as an individual and meet them where they are at.

Stephanie then went on to talk us about the acronym ‘LGBTQ+’. She explained the terms that it encompasses and the significance of the ‘+’, represents everything on the gender/identity spectrum that words and letters can’t describe. Over the past 10 years ‘LGBTQ+’ has expanded to ‘LGBTQQIP2SAA+’ as new language has evolved:

Knowing these terms means we can avoid ‘misgendering’ – this was a new word to me. According to Caitlin Dewey of The Washington Post, “Misgendering isn’t just a style error. It’s a stubborn, long time hurdle to…acceptance and equality, a fundamental refusal to afford those people even grammatical dignity.”

Stephanie implored us to Consider each person as an individual, Remember the importance of pronouns and to Allow the space to create and accept the language and the identity that each person shares as their truth, with no limits, no rules and no judging.

She went on to describe a case study where she helped a gay male couple establish a nursing relationship with their adopted baby daughter. The couple chest fed their daughter using feeding tubes and expressed milk from the surrogate mother. You can listen to Stephanie talk about this case study in this Breastfeeding Outside the Box podcast https://breastfeedingoutsidethebox.libsyn.com/050-stephanie-wagner-ibclc-on-chestfeeding-and-supporting-the-lgbtqia-community

Stephanie gave us the following definition for chest feeding:

“Term used for either anatomical, psychological, sexual or gender reasons for any person who considers their nipples (or lack thereof) to be part of a chest and not a breast and uses that part of their body to comfort and/or nourish a baby.”

And she gave us examples of where it might be a more appropriate term to use than breastfeeding eg as in the case study above, where gay dads are nurturing their baby, a cis gender woman after breast surgery, a trans man after top surgery or a cis gender straight dad. I’ve always been bit resistant to the term ‘chest feeding’, I suppose because it’s a new word that I don’t feel comfortable with and because I struggled to get why it mattered that we use it. But listening to Stephanie really helped me understand why it matters that we use the term where appropriate and that it doesn’t in any way erase the word ’breastfeeding’. This expansion of the terms around nursing is a positive and is something that enables us as breastfeeding supporters to be inclusive and to be respectful to how people identify.

For us as lactation consultants, the main thing to remember is that whatever kind of family or individuals we find ourselves supporting, it’s all about the baby, a baby who needs to be nurtured, loved and fed, irrespective of their parents’ gender identity or sexual orientation.

Stephanie’s closing nuggets of advice for us as lactation consultants were:

“It’s all about the baby and how best to meet a family where they are.”